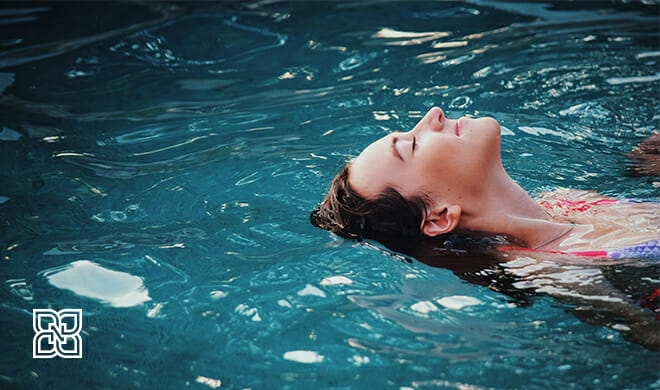 Skin cancers are the most common form of cancer and are usually detected when a patient notices the sudden appearance of a skin lesion, a change in the appearance of their skin, or a sore that will not heal.

Basal cell and squamous cell carcinoma are the two most common forms of skin cancer. Melanoma or mole cancer is the most serious form of skin cancer because it tends to spread (metastasize) throughout the body quickly. Some benign skin lesions (e.g. seborrheic keratoses) look very similar to melanoma and may require evaluation by your dermatologist to distinguish them.

Treatment of skin cancers requires removal of the lesion by excision. The lesion is then sent to a pathologist to confirm the diagnosis and to ensure that the entire cancer has been removed. Further management is dependent on the type of cancer and may vary from regular skin checks with repeat visits to the doctor in the event of the appearance of a new lesion to radical surgery if the cancer has spread dramatically and/or has metastasized.

Basal Cell Carcinoma: Basal cell cancers are the result of sun damage to the skin. Sunlight ages the skin cells, causing their growth to be disturbed. A basal cell cancer begins as a small spot that grows slowly and unrelenting until treated. Basal cell cancers enlarge steadily but they almost never spread to distant parts of the body, and almost never invade internal tissue if treated early. However they can invade surrounding tissue.

Squamous Cell Carcinoma: Squamous cell cancers are also caused by sun exposure. It is a faster growing cancer which may spread from the skin to the lymph nodes and other parts of the body. Fortunately, it is usually cured if detected early and treated. Precursors to squamous cell carcninomas are referred to as actinic keratoses and it is recommended that these are removed as soon as they appear in order to prevent the possibility of a squamous cell carcinoma developing.

Malignant Melanoma: Malignant melanoma is often referred to as mole cancer because it arises from the pigment cells. Some people have a predisposition to developing mole cancer from atypical (dysplastic) moles and removal of these moles is the best form of prevention.

The ABCD’S of Mole Checks

It is sometimes difficult to tell if a particular mole is cancerous. Change is the best indicator of a problematic mole. Checking your moles every month or so is a simple and effective way to keep on top of unexpected changes. If a change is noted, have it checked by a physician immediately. Taking close-up photographs at home of any moles of concern provides a valuable record for comparison at any time by you and/or your physician. Follow the ABCD’s of moles to be sure you have noted all the possible types of changes in a mole which may indicate a problem.

Asymmetry: Asymmetry means that a mole does not look the same on two sides and is easily determined by mentally drawing a line through the mole. If the mole looks similar on both sides of the line, then it is symmetrical and considered to be normal. If it is not the same then it is asymmetrical and may be of concern.

Border: Border refers to the outline of a mole. Most benign moles have smooth borders. If a mole has always had a notched or irregular edge, this may not be as worrisome as when the mole used to have smoothed borders and is now notched and irregular.

Color: Color refers to the number of colors within the mole. Most normal moles have one or two shades within them. Abnormal moles develop a mottled appearance. The more colors, the more cause for concern.

Diameter: Diameter refers to the size of the mole. Some would say that moles greater than 6 mm in diameter are of more concern, but there are many benign moles larger than 6 mm. More important than the absolute size or width, is an unexpected change in the diameter of a mole. The most important feature to check for is any significant change, and this can more easily be assessed if one takes photographs of any suspicious moles for comparison. If you do see any significant change, you should let your physician (either your family doctor or dermatologist) evaluate your moles.

What treatments are available?

The skin-damaging effects of sunlight are permanent and build up slowly over time. Ordinary sun exposure and sunbathing produce gradual skin damage even if sunburns are avoided. As many as ten, twenty, or more years can pass between the time of sun exposure and the time the skin shows signs of sun damage. Thus, teenage sun worshippers often pay for their deep tans when they reach their forties and fifties. There is no way of undoing sun damage.

You can prevent further skin injury by using sun-protective measures such as sunscreens, broad-brimmed hats, etc. Be reasonable about sun protection.

With the passage of time, skin cancer patients are likely to develop additional skin cancers. If you notice a new growth, or a sore that does not heal or keeps coming back, be sure to have it examined.

The removal of actinic keratoses or dysplastic moles which are precursors to squamous cell carcinomas and malignant melanomas respectively is an important step in the prevention of skin cancers.

Different techniques are used to remove skin cancers. The treatment of choice depends on the type of skin cancer, the location, the size of the lesion, the skill of the surgeon and the circumstances of the patient.

Curettage and electro-desiccation: After taking a sample of the lesion the cancer is scooped out of the skin using an instrument called a curette. The removal is followed by electro desiccation where an electric current is applied to the lesion to control the bleeding and remove any remaining cancer.

Surgical excision: The tumor is cut out using a scalpel and stitched up. This technique may be used for basal or squamous cell carcinomas and is always used for melanomas.

Radiation therapy: Radiation treatments for skin cancer may be used when a skin cancer recurs or the surgery will be too difficult on the patient. Several sessions may be necessary.

Cryosurgery: Cryotherapy refers to the application of liquid nitrogen to a lesion which freezes the growth and removes the abnormal cells. This is a popular technique for the removal of actinic keratosis which are the precursors to squamous cell carcinomas.

Mohs micrographic surgery: The controlled microscopic excision of skin cancers was developed by Dr. Frederic Mohs to ensure that the lesion is removed in its entirety and the surrounding tissue is preserved. The success rate with this technique is very high. Generally this technique is reserved for larger and/or recurrent lesions.

Medicated Creams: Creams that attack cancer cells (5-Fluorouracil–5-FU) or stimulate the immune system (Aldara) are applied frequently over time to remove the lesion. These treatments are not as reliable as the other techniques.