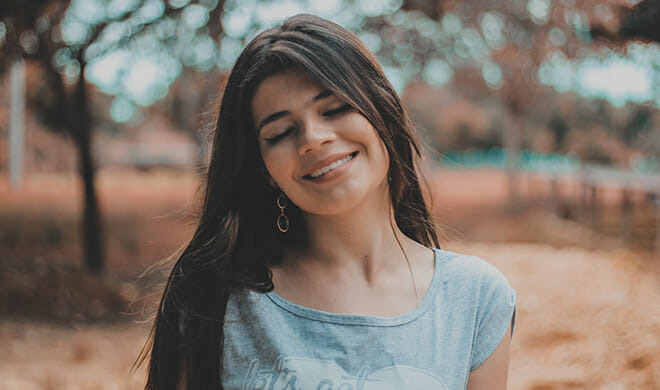 How common is a double chin?

A double chin (otherwise known as submental fat, submental fullness, or submental adiposity) is an extremely common problem and a bothersome one.

According to a survey by the American Society for Dermatologic Surgery (ASDS) in 2015:

A double chin can be caused by a number of factors, including aging, genetics, and weight gain, and is often resistant to diet and exercise alone. It is a common, under treated condition that can detract from an otherwise balanced and harmonious facial appearance. For some men and women, it is a source of embarrassment and lowers self-confidence. It can exaggerate age and even appear to make individuals look overweight.

How to Get Rid of Double Chin?

Although many people might tell you to do double chin exercises and jaw exercises to get rid of your double chin, the truth is that no amount of chin and neck exercises will be enough to shrink the fat cells in these areas.

However, there are a number of treatment options now available for the reduction of double chins (submental fullness). There are several surgical options, including liposuction and neck lifts. At the Nakatsui DermaSurgery Centre in Edmonton, Dr. Nakatsui offers a variety of non-surgical options:

Belkyra ™ injections are a non-surgical, non-invasive procedure that involves a series of injections into the fat in the submental area. To learn more about this, click here.

Coolsculpting ™is a treatment involves the destruction of fat cells in the submental area via a phenomenon called cryolipolysis, which means that fat cells are destroyed by the application of extreme cold. With the use of the CoolMini ™ applicator, we can now treat your double chin.

Accutite & Facetite are new treatments that involve the use of radiofrquency administered via cannula. The advantage of this treatment is that it also tightens the skin in conjunction with eliminating fat. On occasion, we will combine treatments to achieve the desired goal

Evoke is a non-invasive radiofrequency treatment for the reduction and contouring of the submental area and lower face. It is completely painless and helps with smaller amounts of fat and helps to tighten the skin. For larger amounts of fat, we would recommend one of the other options.

If you would like to learn more about treatment options for double chin, call Nakatsui DermaSurgery at 780-482-1414 to schedule a complimentary consultation or contact us via email using the following link.