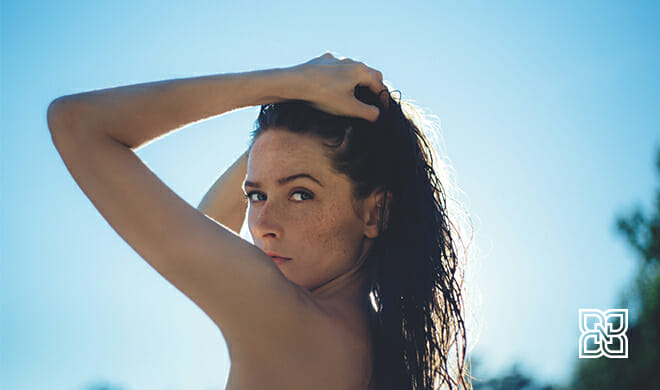 Our skin is the largest organ of the body and subjected to many internal and external abuses. So it is not surprising that over time the skin develops a variety of innocent lumps and bumps, some of which may be cysts and growths. These lumps and bumps are many and varied, and are often tagged with long medical names which are impossible to pronounce. Suffice it to say that you do not have to live with white, brown, or red appendages that may protrude from your skin. They are usually easy to remove, particularly now that target specific lasers have been developed. Common benign lesions that are not pre-cancerous or cancerous may include: achrochordons (skin tags), milia, seborrheic keratosis, syringomas, sebaceous cysts, and sebaceous hyperplasia.

Benign cysts and growths are considered to be cosmetic in nature therefore removal of these lesions is the responsibility of the patient. The cost varies on the type of lesion, the number of lesions and the treatment recommended.

What are Achrochordons (Skin Tags)?

“Skin tags” perfectly describes the little lesions that grow out from the skin. Skin tags are usually the same colour as the surrounding skin although they may be lighter in colour or may be slightly pigmented giving a tanned appearance. The medical term for a skin tag is achrochordon. The skin has a tendency to grow in the direction of stress so skin tags develop in areas of multi-dimensional movement such as the armpits, groin and around the neck.

This is because the skin does not “know” which way to grow so it simply grows out. The tendency to develop skin tags is inherited. They are harmless and never become cancerous or malignant. At times, a skin tag may become sore from rubbing against clothing or jewelry. While annoying, there is no reason for concern.

How are skin tags treated?

Skin tags are completely harmless and are treated only if a person finds them to be cosmetically unacceptable or a nuisance. Removal of skin tags is a simple office procedure. They may be frozen with liquid nitrogen, snipped off with surgical scissors or removed with the carbon dioxide laser. The CO2 laser is the treatment of choice because it blends the treatment site into the surrounding skin resulting in a more cosmetically pleasing result and it makes recurrence less likely. Healing is usually complete in a week or two. New skin tags may form even if all existing tags are removed. There’s no way of preventing them. Obesity, tight clothing, necklaces and other items that encourage friction will make skin tags more likely to appear.

Milia are common, harmless, miniature oil gland cysts which can appear anytime during life. They may occur when the pores become plugged with creams, but may also occur on their own.

Milia never become malignant. They can become larger, and sometime become annoying because of their cosmetic appearance, but do not present any concern medically.

How are milia treated?

Milia are usually removed with gentle electrodesiccation or, in the case of larger lesions; they are vaporized with the carbon dioxide laser. To prevent milia avoid the use heavy creams which plug up the pores.

What are Seborrheic Keratoses?

Seborrheic keratoses never become malignant. They begin as slightly raised, light brown, red or white spots. They gradually thicken and take on a rough, wart-like surface and with time they may slowly become darker and may turn black. These color changes are harmless. Seborrheic keratoses are superficial and look as if they were stuck on the skin.

How are Seborrheic Keratoses treated?

Seborrheic keratoses can easily be removed. Surgery (scraping), liquid nitrogen sprays and lasers are the treatments of choice. The only reason for removing a seborrheic keratosis is your wish to get rid of it because it is unsightly, itches or annoys you by rubbing against your clothes.

Syringomas are benign tumors of the sweat ducts, which appear most commonly on the neck, chest and face, particularly under the eyes. They may vary in color from translucent or skin colored, through the yellow spectrum, to a purplish shade. They may be round or flat, and can range in size from 1 to 5 mm. Syringomas commonly appear during adolescent and may increase in number into adulthood.

How are Syringomas treated?

Excision was the treatment of choice in the past, although a small scar was unavoidable. Now syringomas can be easily vaporized with a CO2 laser. To avoid a dent in the skin, the cyst is not always entirely removed; therefore recurrence is common. Asymptomatic in nature, they are usually removed for cosmetic reasons.

A sebaceous cyst forms when an oil gland ruptures in the second layer of the skin and becomes surrounded by scar tissue. These dome-shaped protuberances commonly appear in groups on the skin but may be solitary. They enlarge slowly and may become inflamed and tender from time to time.

Pilar cysts are similar to sebaceous cysts. They appear in multiples on the scalp and are common in families.

How are Sebaceous Cysts treated?

Cysts are usually excised with or without CO2 laser surgery. The cyst is anesthetized prior to removal so no pain is felt during the procedure. Once the treatment is complete the treatment site may be swollen, bruised and tender to the touch for several days.

What are Sebaceous hyperplasia (Hamartoma)?

Sebaceous hyperplasia are common, harmless skin growths that usually appear in adult life. As sebaceous hyperplasia are primitive oil gland growths which are much like icebergs; that is, we see the top part of them, but they are considerably larger under the skin. Sebaceous hyperplasia never become malignant. The lesions begin as slightly raised, yellowish or milky colored lesions with a central dimple, giving them a crater-like appearance. Gradually they thicken and become larger.

How are Sebaceous Hyperplasia treated?

Sebaceous hyperplasia can be removed by vaporizing them with a carbon dioxide laser. After removal, the treatment site is raw and red. It may take several months for the redness to fade. After seven days, make-up can be applied to cover the redness until it fades. Sebaceous hyperplasia may return or push to the surface requiring another treatment.