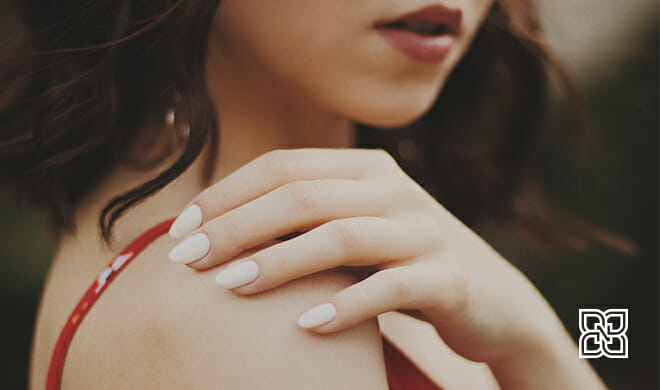 Moles are harmless skin growths that can be flat or protruding. They vary in color from pink and flesh tones, to dark brown or black pigmented lesions. Everyone has them; some of us have a lot, and others have only a few. The number depends on our genes. They sometimes appear in “crops”, especially during the early teens.

Moles can begin to grow in infancy, and new ones can develop at any age. Once one appears, it usually stays for life without becoming a medical problem. A mole that grows or changes in childhood is almost always harmless. On the other hand, if a mole in an adult markedly changes in color, size, or shape it should be checked by a physician to ensure that it is not malignant. If a mole is changing, it is important to assess the ABCDEs of the mole.

Thank you for your kindness and patience when you worked on my daughter. The moles on her face have always caused her to be teased and embarrassed. She told me that she thinks you must be the greatest and the nicest doctor she has ever met.

How are moles treated?

Most moles are harmless and safe to ignore. Moles are usually removed under the following conditions:

– A mole that bleeds, is an unusual shape, grows rapidly, or changes markedly in color may be malignant and should be removed and analyzed by a pathologist.
– An annoyance mole that is irritated by your clothing, hair utensils or razors are often removed to prevent ongoing irritation.
– A mole that is unattractive to the patient is removed for cosmetic reasons.

How are moles removed?

All mole samples are sent to the laboratory where a pathologist examines it under a microscope to ensure that it is normal.

Treatments may need to be repeated as the deeper layers of the mole and islands of pigment may push to the surface with time. Moles sometimes grow annoyingly coarse hairs, which may be safely removed by shaving or tweezing. Permanent removal of the hair, which have roots deep within the skin, requires laser, electrolysis or complete surgical excision of the mole. The latter will leave a scar.

How do I check to see if a mole is abnormal?

It is sometimes difficult to tell if a particular mole is cancerous. Change is the best indicator of a problematic mole. Checking your moles every month or so is a simple and effective way to keep on top of unexpected changes. If a change is noted, have it checked by a physician immediately. Taking close-up photographs at home of any moles of concern provides a valuable record for comparison at any time by you and/or your physician.

Follow the ABCD’s of moles to be sure you have noted all the possible types of changes in a mole which may indicate a problem.

Asymmetry means that a mole does not look the same on two sides and is easily determined by drawing an imaginary line through the mole. If the mole looks similar on both sides of the line, then it is symmetric and considered to have normal symmetry. If it is not the same then it is asymmetrical and may be of concern.

Color refers to the number of colors within the mole. Most normal moles have one or two shades of color within them. Abnormal moles develop a mottled appearance. The more colors, the more cause for concern.

Diameter refers to the size of the mole. Some would say that moles greater than 6 mm in diameter are of more concern, but there are many benign moles larger than 6 mm. More important than the absolute size or width of the mole is an unexpected change in the diameter of a mole.