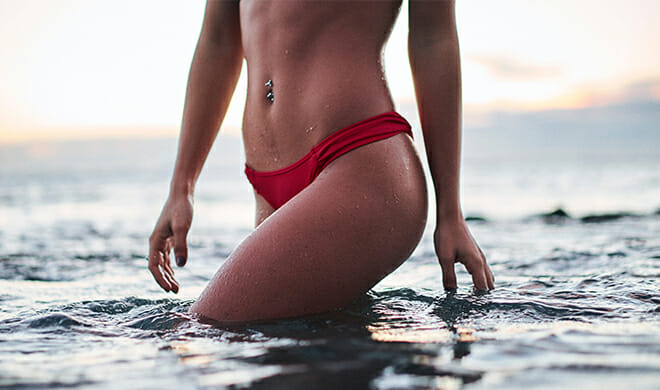 Fat pads are localized areas of subcutaneous (under the skin) adipose tissue that affect the shapeliness of a person’s body. Too much adipose tissue in a particular area may result in contour deformities. Women tend to store unwanted adipose tissue in the subcutaneous layer of the abdomen, hips, and thighs, whereas men store it in the abdomen and their love handles. In many cases, there are areas that are virtually unresponsive to diet and exercise. Weight loss and exercise can significantly improve a less than desirable silhouette; however, in some areas, this never seems to be enough.

There are several treatments available to reduce unwanted fat. None of these procedures is a treatment for excess weight or obesity.

There are two non-surgical ways to reduce fat: cold and heat

At Nakatsui DermaSurgery, we use both methods to optimize your results

The cold approach is known as cryolipolysis and we use a treatment called CoolSculpting. CoolSculpting is a non invasive way that uses cold to reduce pockets of fat. Adipose cells are cooled to the point of crystallization then carried away by the body’s natural immune system.

We can also use heat instead of cold to destroy unwanted fat cells using radiofrequency. We use a treatment modality called Evolve Transform to reduce fat, tighten skin. and tone muscle. We often will combine both CoolSculpting and Evolve to optimally sculpt fat. In addition, muscle can also be toned by itself using the Evolve Tone modality.

For small areas of fat (e.g. under the chin or small lipomas), the adipose tissue can also be treated with an injectable medication called Belkyra, which is also known as Kybella in the USA.

Liposuction, also referred to as fat suction or liposculpting, is a surgical procedure that removes localized areas of fat to achieve an improvement in body contour. The change of silhouette produced by liposuction is equivalent to being able to focus the effects of dieting to specific areas of the body.

The cells that are removed by liposuction do not grow back. The new, more pleasing silhouette is permanent. If a person later gains or loses weight, the change tends to be distributed proportionately over the entire body.

The procedure is designed for people who are close to their normal weight and have found that through diet and exercise they are unable to rid themselves of unwanted fat deposits. It is not used for the treatment of generalized obesity. It is also not effective for the treatment of stretch marks, cellulite, or other contour deformities produced by tissue other than fat. Please note that liposuction is not currently offered at Nakatsui DermaSurgery.

Before and After Photos