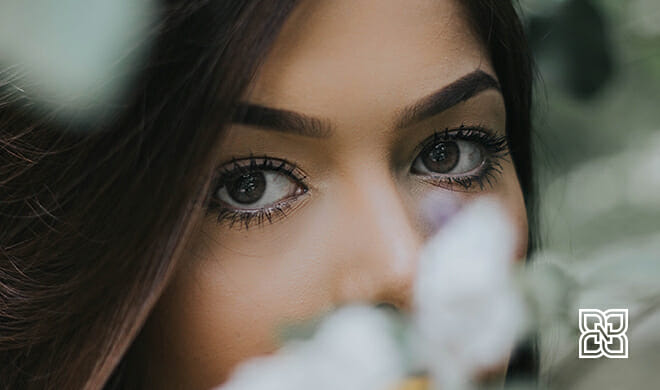 Wrinkles are simply folds and creases in the skin. Curses can be heard worldwide each morning as men and women inspect their faces in the mirror for this sign of aging. A number of factors contribute to the formation of wrinkles.

Heredity: We inherit a predisposition for the deterioration of the skin’s building blocks, the fibrous protein known as collagen found in the dermis. If you look at your parents and grandparents, you will have a good idea of the pattern of wrinkling you might expect to see in yourself. Unfortunately, we cannot choose our ancestors so we cannot prevent this predisposition to wrinkling.

Sun Damage: Collagen deterioration is accelerated by the sun’s rays. The Ultraviolet B (UVB) rays and the longer Ultraviolet A (UVA) rays of the sun penetrate into the dermis, causing the breakdown of collagen and the formation of wrinkles, as well as other signs of sun damage: dilated superficial blood vessels; pigment changes; and scaly patches.

Muscle Pull: Consistent tension in a particular area of the face due to a habitual facial expression can result in a permanent furrow. Frown lines between the brows, fine lines around the eyes (better known as crow’s feet), and smile lines extending between the nose and mouth are common examples of muscle pull furrows.

Diminished Eyelashes: Research has suggested that aging can also affect your eyelashes. Clinical studies have shown that a woman’s average lash length and thickness start to decrease between her 20s and 30s. Her lash colour will also start to fade. By the time she is 60, her lashes will be considerably thinner, shorter, and lighter in colour.

Gravity Changes: Young skin, because of its elasticity, can withstand gravitational pull. With age, degeneration of the collagen and elastin in the dermis makes the skin more susceptible to the pull of gravity causing it to sag. Droopy upper eyelids and bags under the eyes and jowls are common examples of the impact gravity can have on the face. The “mirror test” shows you how gravity may have affected your facial aging. Lying on your back, hold up a mirror and examine your wrinkles looking at the depth of creases and angles over the bones. Now, lay the mirror flat on the table and gaze down into it. You will notice that certain areas of your skin are looser than others.

Of all of these, the single greatest contributor is sun damage. Sun damage causes wrinkles, dilated blood vessels, texture changes and uneven color over the surface of the skin. We are unable to change our ancestry; however, we can prevent many of the signs of aging, by wearing sunscreen with an SPF of 45 or greater on a regular basis.

The first step in improving the look of aging skin is to stay out of the sun as much as possible. When you are in the sun, protect your skin with sunscreens and protective clothing. To reduce the signs of aging there are many choices including medicated creams, which in the early stages reduce fine wrinkles and smooth out color and texture changes. Later, more aggressive therapy like laser resurfacing is necessary to correct these changes.

Medicated Creams: A combination of tretinoin, glycolic acid, hydroquinone and/or Kojic acid in creams, when used over a long period of time, may help to clarify the skin, even out irregularities in pigmentation, decrease wrinkles, soften fine scars, and generally improve the complexion. The use of these creams is a foundation for skin care and is often recommended in combination with other resurfacing methods.

Redensity: Redensity 1 is an exciting new technique where an anti-aging mixture is injected into the skin, restoring the skin’s natural glow.

Non-ablative Laser Resurfacing: Non-ablative laser resurfacing involves the gentle application of a long wavelength of laser light.This treatment can helps to rejuvenate the skin by reducing fine wrinkles, evening out irregular pigmentation, and smoothing out texture changes. While a microdermabrasion is a form of aggressive exfoliation which addresses changes to the skin on a superficial level, non-ablative laser (Genesis) resurfacing works just below the surface of the skin. It does not go deep enough to ablate the skin.However, it helps to stimulate collagen realignment and tightens the elasticity of the skin which could result in a subtle reduction of fine wrinkles, improved texture, decreased pores and minimized superficial erythema.

Repeat sessions may be necessary to achieve maximum benefit, especially with the Genesis techniques.
The Genesis non-ablative laser is used in two modes and the selection of the mode for any individual is made based on the type of skin the patient has.

Genesis Diffuse Non-Ablative Resurfacing utilizes the Genesis laser in a diffuse manner over the entire face.It is a gentle and helps evening out texture changes, improving mild vascularity and reducing fine wrinkles.This technique is often used in combination with medicated creams and microdermabrasion, in a program called the 3D Rejuvenation Program.

Genesis Targeted Non-Ablative Resurfacing utilizes the Genesis laser in a targeted manner to specific areas of concern, such as fine wrinkles around the eyes and lips.

Semi-Ablative Resurfacing: The Pearl is a semi-ablative procedure which combines the impact of resurfacing lasers, which reach the deeper layers of the skin with the gentleness and safety of non-invasive procedures to treat superficial damage. It is a step up from the non-ablative procedures, and requires some social downtime. The Pearl evens out uneven texture and pigment changes in the skin.

Ablative Laser Resurfacing: Ablative carbon dioxide laser resurfacing is the most advanced care for severely sun damaged skin (texture changes, irregular pigmentation, and deep wrinkles). The results may be dramatic. The drawback is that the postoperative recovery time is considerable. Patients are usually confined to home for approximatedly 10 days, and they are pink for three to six months afterwards..

Blood vessels dilate due to excessive exposure to the sun over time and heredity, as well as repeat reactions to stimulants such as coffee, tea, cola, and alcohol. The options for treatment are:

Pigmented spots develop for many reasons; however, the most common reason is exposure to sunlight over time.

Alexandrite Laser: Effective for isolated, well defined spots. One treatment is generally all that is required.
LimeLight: Effective for multiple pigmented spots. More than one treatment may be necessary.
Pearl: Beneficial for diffuse pigment changes of the face.

Muscle Relaxants – Temporarily immobilizes the habitual movement of muscles, which may cause deep creases between the eyebrows, over the forehead, around the eyes, and around the lips. BOTOX COSMETIC®, DYSPORT™, XEOMIN® can last on average between 3 to 6 months..

Dermal Fillers – Dermal fillers replace and restore natural collagen, and are most frequently injected into the creases which form between the corners of the nose and mouth, and into the lips to enhance them. Dermal Fillers are frequently used in combination with muscle relaxants to combat dynamic or muscle pull wrinkles. Types of fillers include Juvéderm® and Restylane®

In the early stages of gravity and fat changes, the ThermiTight Skin Tightening Technique may be effective in lifting and tightening the skin in the neck and jowl area. With advanced changes in the skin, re-draping procedures such as blepharoplasties and facelifts need to be considered.

The above treatment options are often combined to achieve the best possible results. Some terms used for common combination therapies include: