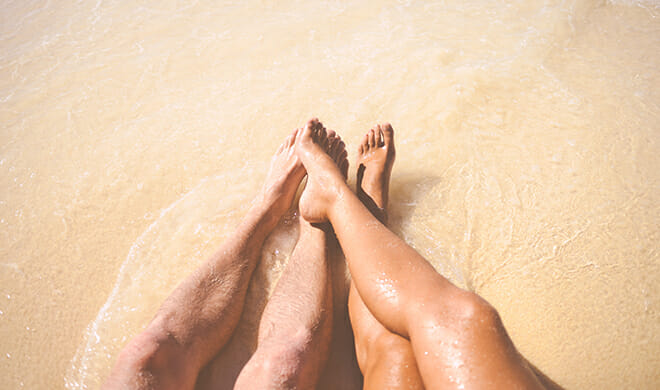 Pigmented lesions which tend to be brown or black in color are caused by an excess number of pigment producing cells in the skin known as melanocytes. When stimulated by hormonal changes or exposure to ultraviolet light, the melanocytes produce large amounts of melanin resulting in dark discolorations of the skin. Age spots, moles, freckles, melasma, and blue and black birthmarks known as congenital nevi are common examples of these changes in the skin. There are a number of treatment options for these conditions which include cryotherapy (cold therapy with liquid nitrogen), surgical removal and bleaching creams. However the use of a pigment removal laser often provides the most effective treatment option. There are many different pigment removal systems, including Intense Pulsed Light (IPL) systems and lasers. Lasers tend to be more effective than IPL. However, there are many different laser systems, including Q-switched lasers such as the Alexandrite TriVantage and newer picosecond lasers, such as Picosure, Enlighten, and PicoWay. After researching these lasers carefully, we are now using the PicoWay laser and have noticed major improvements over our previous pigment lasers. Read more about our amazing experiences with PicoWay here.

I want to thank you again for so kindly removing the “old-age” spots on my face and neck – all went well just as you anticipated and there was not so much as a pink spot after. – B.B.

*The testimonials presented on any of our Company’s websites are applicable to the individuals depicted only and may not be representative of the experience of others.

You did a wonderful job. Your skill with the laser gave me back my hands. I hadn’t realized how much I was hiding them, until I got them back. Changing my hands from spotted brown to pretty pink has made me very happy. Warmest thank you to you and the nurses. – J.M.

*The testimonials presented on any of our Company’s websites are applicable to the individuals depicted only and may not be representative of the experience of others.

Before and After Photos

How Do The Pigment Removal Lasers Work?

An intense light from the laser passes through the top layer of the skin and is selectively absorbed by brown, black or blue pigment particles within the skin. The energy emitted by the laser light when it is absorbed causes the melanosome in the pigment cells, or the ink of a tattoo, to break into minuscule particles which are removed by the body’s immune system.

Do The Treatments With The Pigment Lasers Hurt?

The light from the laser is emitted in pulses. Each pulse feels like someone has snapped an elastic band against the skin. Both children and adults vary in their level of pain tolerance. An anesthetic cream (EMLA) may be obtained at a pharmacy, without a prescription, for use by patients with a low pain threshold to minimize discomfort. In some cases a local anesthetic, injected into the treatment site, may be necessary.

How Does The Skin Look And Feel After A Treatment With Pigment Removal Lasers?

After each pulse of the laser light the targeted skin is grey in appearance. There may be some superficial bleeding. Subsequent blistering and crusting is resolved as the top layer of the skin turns over. The length of time it takes for the crust to be sloughed depends on the depth of the pigment in the skin and the location of the lesion on the body. The pigment does not necessarily fade evenly, and several sessions may be required before all the pigment disappears.

How Many Treatments Are Required And What Will It Cost?

The number of treatment sessions depends on the size, location, depth and color of the pigmented lesion or tattoo. These factors also determine the cost.

Superficial lesions, such as age spots, usually require fewer sessions than a deeper lesion such as a congenital nevi. The latter often requires a layered approach, which will take several sessions. In certain instances, not all of the pigment can be removed.

Are The Pigment Removal Lasers Safe?

A potential complication with this procedure is hypopigmentation, where the treated area ends up being lighter than the surrounding tissue. The risk of scarring is very low because the laser light is absorbed by the targeted pigment, leaving the surrounding tissue relatively untouched. Infection is possible, but unlikely if the lesion is properly cared for by the patient after the treatment.