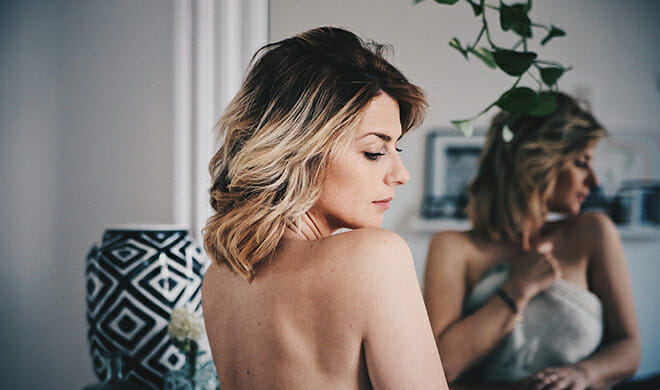 At our Edmonton DermaSurgery clinic, we see many types of scars, ranging from minor acne scars to major motor vehicle accident scars where the patient required many surgeries and skin grafts. Each scar is different and may require a different combination of treatment modalities.

Scar revision requires an observant eye and a creative multi-dimensional approach to be successful. Component analysis of the scar is the first step as scars may be linear, raised, thick, depressed, uneven, vascular, hyperpigmented (brown discoloration) or hypopigmented (devoid of color). By treating each of the components, the overall improvement is greatest.

Some of Our Specialized Treatment Modalities for Scar Removal

When Is The Best Time To Treat A Scar?

In most cases the ideal time to begin treatment is 6 – 12 weeks after the wound has occurred. This allows the laser surgeon to direct the body’s natural healing process to an improved cosmetic result. In certain cases, re-excision of an old scar is performed prior to laser treatments in order to re-establish the 6 to 12 week window of opportunity for laser treatment.

“Dear Nakatsui DermaSurgery staff, There is no gift nor are there words to express my gratitude for removing my scar. Thank you so very much.”

**The testimonials presented on any of our Company’s websites are applicable to the individuals depicted only and may not be representative of the experience of others.

Before and After Scar Revision and Removal Photos

If a scar is simply raised, injecting it with Cortisone will cause it to flatten, making it less obvious in appearance.

Scars which are linear attract attention because we naturally tend to follow a straight line with our eyes. To break up the linearity of a scar, a W-plasty is performed where the scar is excised and sutured in a zigzag fashion. This creates an optical illusion so the new scar appears less obvious. Also the new scar is easier to remodel with lasers because the window of opportunity for taking advantage of the body’s natural healing process has been re-established.

Scars may also be irregular, thick and lumpy. Resurfacing with a carbon dioxide (CO2) laser will smooth out a lumpy scar and blend the edges into the adjacent normal tissue.

The CO2 laser uses a very high energy beam of light to heat the water in the scar tissue cells to 100° C, causing them to be vaporized away. The laser light penetrates to a very precise, controlled depth, making the procedure safe and predictable. To achieve the best results this procedure often requires more than one session to gradually remove the layers of scar tissue.

We also frequently use ablative fractional lasers or fractional plasma to improve the appearance of these scars.

Regular use of medicated creams (Dr. Nakatsui’s Formulas) containing tretinoin and/or glycolic acid is often used in combination with laser resurfacing. These creams help to realign the collagen building blocks of the skin as well as smooth out the irregular texture, which is common to most scarring.

Keloid scars are a problematic form of raised, lumpy scarring. The tendency to form keloid scars is often hereditary. Keloid forms when the body produces an excessive amount of scar tissue in response to an injury of the skin. Excessive scar tissue is usually treated with Cortisone injections, which flatten the scar, but in some cases keloids may be improved with lasers. Even after the scar has been flattened the body continues to lay down scar tissue. Therefore repeat treatments are usually required.

Depressions in the skin may take different forms. Ice pick scars and split pores are common post acne problems where small pits or splits form in place of an oil gland. They are best treated with punch transfers or microsurgery. Punch transfers involve the removal of the pit with a circular scalpel. A small piece of skin from behind the ear is then transferred into the space where the pit was removed. Microsurgery is a technique where a very small incision is made around the scar. The scar tissue is removed and the margins of the normal skin are sutured together. Laser resurfacing is often used after the punch transfer or microsurgery has healed in order to blend the edges into the normal surrounding tissue.

Saucer shaped depressions in the skin require a different approach. One option for the treatment of saucer shaped depressions is to vaporize the elevations around the depression with a CO2 resurfacing laser. This helps the depression to look less obvious. To elevate the skin, implant therapy is generally the treatment of choice. There are two types of implants are available, organic and inorganic. Organic and inorganic implants each have their pros and cons and the best alternative for an individual is determined through examination and discussion.

Many scars are very vascular, resulting in a red discoloration of the scar. The vascularity can be removed with one of the target specific vascular removal lasers.

These lasers are effective because the wavelength of light that penetrates the skin has a selective affinity for blood vessels. It passes harmlessly through the top layer, or epidermis, of the skin leaving it essentially intact. When some types of laser lights hit the targeted blood vessels it causes a microscopic fragmentation of the blood cells. The dispersed blood cells, in the form of a bruise, are then carried away by the body’s garbage collecting cells (macrophages) leaving behind normal skin. Another type of vascular laser seals the blood vessels and does not leave a bruise after treatment.

Changes In Pigment Of Scars

Hyperpigmentation (brown discoloration) may occur in scars, due to an excess amount of melanin which builds up as the scar heals. Dark discoloration may also occur with traumatic injuries when foreign materials, such as asphalt, become imbedded into the scar.

In some cases, this can be effectively removed by using a bleaching cream containing hydroquinone and/or kojic acid.

In other cases laser treatment may be necessary. The intense light from the laser passes harmlessly through the top layer of the skin and is selectively absorbed by brown, black, or blue pigment in the skin. The energy emitted by the laser light when it is absorbed caused the melanin or foreign material to break into minuscule particles which are removed by the body’s immune system. PicoWay is our newest modality for pigment removal. We used to use Intense Pulsed Light (IPL) and the Alex TriVantage laser for this but have now switched to picosecond lasers to address pigment issues.

Hypopigmentation or the lack of colour in a scar can be very difficult to address, although there are some new techniques that may be able to repigment the skin.