The Coolsculpting technique is exciting news for men and women dealing with diet- and exercise-resistant fat bulges! Many of us have those bulges that we just can’t work off no matter how hard we exercise or how much we diet.

CoolSculpting is a breakthrough, non-invasive technology that can freeze away stubborn fat. It gently targets and cools unwanted fat cells in the selected area to induce a noticeable, natural-looking reduction in fat bulges.

It the most commonly used, non-surgical method of fat reduction with over 6,000,000 cycles performed to date. The technology is scientifically supported with over 100 peer-reviewed articles. Normally each procedure results in an average 20% reduction of fat in the treated area.

Unlike most other methods of fat reduction, CoolSculpting involves no needles, no surgery, and minimal to no downtime. Patients often spend the one to two hours of procedure time reading, working on their laptops, or simply relaxing.

Results can be seen in as soon as three weeks following treatment, with the best results usually occurring over the next two to four months.

Nakatsui DermaSurgery (formerly Groot DermaSurgery Centre) was one of the first clinics in Western Canada to treat patients with CoolSculpting over 10 years ago and we have extensive experience with the technology. Your treatment will be performed by a registered nurse (i.e. no technicians) and we encourage you to come in for a consultation with one of our registered nurses if you are interested. Visit us to find out why we were awarded the Top Choice Award for Cosmetic Clinic in Edmonton.

If you would like to schedule a consultation, call Nakatsui DermaSurgery at 780-482-1414 or email us using the following link. 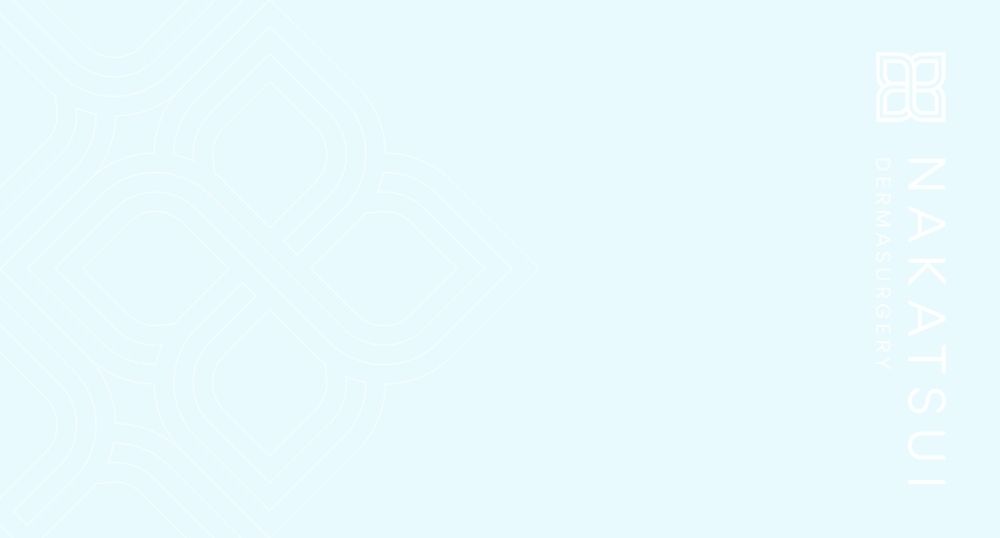 What areas can be treated with Coolsculpting?

Many areas of fat can be treated. The most common areas are the abdomen and flanks. Many other areas can be treated, including bra fat, upper arms, outer thighs, inner thighs, and the area under the chin.

What happens during the procedure?

The patient and one of our nurses first select the area(s) to be treated. For instance, if the patient’s goal is to reduce love handles, our nurse will position the system on the patient’s side. The device then draws the bulge up between two cooling panels. The sensation is a firm tug and pull – enough of a pull to ensure the selected tissue will be cooled most efficiently. There can be some mild discomfort at the very beginning of the procedure but this is minor and goes away quickly.

What happens if Coolsculpting does not work? Or leaves lax skin?

Coolsculpting is not the only way to shrink fat. An alternative approach is to heat the fat and we do this using radiofrequency (RF) energy with a device called Evolve Transform. This device also simultaneously tightens skin and tones muscle, which Coolsculpting cannot do. Our clinic is fortunate to have the ability to combine different types of therapies to give the best result.

Who does the procedure?

At our award-winning laser skin care facility, the procedures are only performed by experienced registered nurses. We believe that the best approach is to use registered nurses for this procedure. Our nurses have the expertise to know how many sessions will achieve an ideal result, which applicator will be best for which location and amount of fat, how long an area should be treated, and most importantly, when to identify that a patient might benefit from an alternative such as Evolve Transform body sculpting, liposuction, or a tummy tuck.

What happens to the fat cells?

This technique of cryolipolysis was developed by Dr. Rox Anderson, a dermatologist at Harvard Medical School. He developed a technique whereby he could freeze fat cells without freezing the skin. This freezing of the fat cells eventually leads to cell death, leading to permanent destruction of the fat cells.

What does CoolSculpting cost in Edmonton?

How much is CooSculpting? The overall cost will depend on the number of body areas treated, the size of the applicators, and the number of applicators used per area. When it comes to CoolSculpting, cost is one component of how you should choose your provider. However, at Nakatsui DermaSurgery, we believe that it is should be compared to other metrics such as type of staff, as well as the professionalism and experience of the staff.

As the panels go to work in the first few minutes, the patient feels a sensation of intense cold. This soon dissipates. The patient is seated comfortably or lying down during the procedure. Many people spend this time reading, working on their laptop or iPad, or simply relaxing. The treatment is even more comfortable now as compared to five years ago. Our new applicators are much more comfortable than the older applicators were. As we have been doing these treatments since almost the beginning, some of our staff can reliably compare the comfort of the newer technology.

Can I return to normal activities after the procedure?

Yes. The CoolSculpting procedure is completely non-invasive, so the patient can return to normal activities immediately. Patients may experience redness, minor bruising, tingling, or numbness in the treated area, but this is temporary.

When will I see results?

Patients may start to see changes as quickly as three weeks after their treatment, and will experience the most dramatic results after two months. But their body will still be flushing fat cells at that time, and will continue doing so for up to four months.

Are the results permanent?

During the CoolSculpting procedure, many of the treated fat cells are eliminated permanently. As long as the patient maintains his or her weight with their normal diet and exercise, long-term results should remain stable.

How many treatments are necessary?

The answer is that it depends on the patient’s goals. Usually CoolSculpting can reduce the fat layer up to 20%. If the patient’s treatment plan calls for a second procedure, an additional 20% reduction can be experienced. Final losses may be more or less, depending on the patient.

How does CoolSculpting differ from liposuction?

Liposuction involves the subcutaneous injection and infiltration of local anesthetic, as well as physical removal of fat using small incisions and metal cannulas. Coolsculpting involves no surgical incisions as the fat cell are selectively frozen from outside the skin.

Liposuction, also referred to as fat suction or liposculpting, is a surgical procedure which removes localized areas of fat to achieve an improvement in body contour. The change of silhouette produced by liposuction is equivalent to being able to focus the effects of dieting to specific areas of the body.

The cells that are removed by liposuction do not grow back. The new, more pleasing silhouette is permanent. If a person later gains or loses weight, the change tends to be distributed proportionately over the entire body.

The procedure is designed for people who are close to their normal weight and have found that through diet and exercise they are unable to rid themselves of unwanted fat deposits. It is not used for the treatment of generalized obesity. It is also not effective for the treatment of stretch marks, cellulite or other contour deformities produced by tissue other than fat.

Prior to the 1970’s, cutting the fat out (tummy tuck) was the only option available for the removal of unwanted fat deposits. More often than not this left a large, cosmetically unattractive scar. In the 1970’s liposuction was introduced to the medical community. Over time, the procedure has been refined and developed to a degree of sophistication that provides reliable results in most patients.

Why is the Tumescent Technique Superior to Other Techniques?

The tumescent technique is a technique that significantly improves the healing time and the cosmetic results of liposuction. It was developed by a dermatologist by the name of Dr. Jeff Klein. The older technique is now referred to as the dry procedure. The wet or tumescent technique involves the injection of a solution into the fat deposit targeted for removal.

Due to the presence in the solution of a drug called Epinephrine, which temporarily shrinks capillaries, the tumescent technique dramatically reduces both the bleeding during surgery and bruising after surgery. In fact there is so little blood loss with the tumescent technique that patients usually lose more blood from pre-operative laboratory tests (about four tablespoons) than during the actual liposuction surgery. Minimal bleeding shortens the post-operative recovery time. Most patients can return to work within a week after surgery.

The diluted solution also contains a mild Cortisone. This controls inflammation which in turn results in less postoperative swelling and discomfort.

Because the bulk of the solution is made up of a natural saline, which is similar to the body’s natural fluids, dehydration during and after surgery is significantly reduced.

All these factors contribute to a less traumatic form of surgery and a faster, more comfortable, healing time.

The tumescent technique also employs very small circular instruments called cannulas to suck out the fat as compared to large cannulas employed with the dry technique. The smaller cannulas allow the surgeon better control over the direction, depth and amount of fat removed during surgery. This reduces the risk of irregularities. Depending on the area treated, incisions can be so small that they don’t even require a stitch, which also means scars may be nearly undetectable once healed.

What are other types of body contouring treatments?

Although Coolsculpting is by far the most commonly used technology with millions of cycles performed to date, there are a multitude of other technologies for body contouring on the market. At Nakatsui DermaSurgery, we will sometimes use a combination of three different modalities: (1) cryolipolysis (Coolsculpting), (2) radiofrequency (Evolve Transform), and (3) electromagnetic technology (Evolve Tone). The complete list of options includes:

Laser-assisted lipolysis is used by SculpSure to heat fat cells to 42-48 degrees Celsius. With this method, contact cooling is necessary to prevent skin damage from the heat.

Radiofrequency treatment is another method to heat fat and cause fat cell death. It heats tissue to 43-45 degrees Celsius for up to 45 minutes. Several devices currently on the market include Vanquish, truSculpt, and Venus Legacy. We use the Evolve RF Body Sculpting platform to destroy fat, tighten skin, and tone muscles. We often combine Evolve with CoolSculpting to optimize our body sculpting.

High intensity focused electromagnetic technology is being tried as a potential technique for inducing fat reduction. Electromagnetic energy is used to stimulate muscle contractions, which may stimulate fat cell destruction. EMSculpt is one example of this type of technology. The ideal patient for this technology is still being established and those who respond best to this technology seem to have lower BMIs and less than 2.5 cm of pinchable fat.

Do You Have any Questions about Coolsculpting?
Dr. Thomas Nakatsui, Dermatologist
Serving Edmonton, St. Albert, Sherwood Park, and Leduc
Contact us at: 780-482-1414 for a free evaluation.

□ Coolsculpting is a great approach to nonsurgical body sculpting but there are other body contouring treatments. Some patient do better with alternate approaches and some do best with a combination of approaches. At Nakatsui DermaSurgery, we can not only freeze fat, we can heat fat or occasionally dissolve fat with injections. We can help you choose which technique is best for you or if a combination is warranted.

□ Coolsculpting was developed by a Harvard dermatologist by the name of Dr. Rox Anderson. He was also instrumental in the development of many of the lasers we use today. One of the first lasers he helped develop was the carbon dioxide resurfacing laser, which we still use almost every day in the clinic.

Additional Before and After Photos:

f you would like to learn more about this procedure, call Nakatsui DermaSurgery at 780-482-1414 to schedule a complimentary consultation or contact us via email using the following link.